We are a club of MIT and Harvard students who are interested in artificial intelligence and machine learning. Beginners and interested individuals with any level of knowledge are welcome! We use an inclusive definition of the word women, and the purpose of the Women in Artificial Intelligence group is to provide a supportive community for cisgender women, transgender women, genderqueer women and individuals, and non-binary individuals pursuing studies or research in AI and machine learning at MIT and Harvard. We are structured formally as a reading group, meeting every other week to discuss papers of interest related to artificial intelligence and machine learning. Additionally, we endeavor to serve as an organizing body to get more women involved in AI and ML, working with MIT and Harvard faculty to host more female speakers for machine intelligence-related seminars.

Make machine learning and artificial intelligence more accessible, especially for those who are underrepresented in the field.

Create an environment safe from judgment, hostility, and competition.

Learn more about ML and AI ourselves as well as educate others, especially beginners, by providing helpful resources and role models in the field.

Interviews with outstanding women in the field.

Professor Anima Anandkumar holds dual positions in academia and industry. She is a Bren professor at Caltech CMS department and a director of machine learning research at NVIDIA. At NVIDIA, she leads the research group that develops next-generation AI algorithms. At Caltech, she is the co-director of Dolcit and co-leads the AI4science initiative, along with Yisong Yue. She has spearheaded the development of tensor algorithms, first proposed in her seminal paper. They are central to effectively processing multidimensional and multimodal data, and for achieving massive parallelism in large-scale AI applications. Prof. Anandkumar is the youngest named chair professor at Caltech, the highest honor the university bestows on individual faculty. She is recipient of several awards such as the Alfred. P. Sloan Fellowship, NSF Career Award, Faculty fellowships from Microsoft, Google and Adobe, and Young Investigator Awards from the Army research office and Air Force office of sponsored research. She has been featured in documentaries and articles by PBS, Wired magazine, MIT Technology Review, YourStory, and Forbes. Prof. Anandkumar received her B.Tech in Electrical Engineering from IIT Madras in 2004 and her PhD from Cornell University in 2009. She was a post-doctoral researcher at MIT from 2009 to 2010, visiting researcher at Microsoft Research New England in 2012 and 2014, assistant professor at U.C. Irvine between 2010 and 2016, associate professor at U.C. Irvine between 2016 and 2017, and principal scientist at Amazon Web Services between 2016 and 2018.

Professor Melanie Mitchell is the Davis Professor of Complexity at the Santa Fe Institute, and Professor of Computer Science (currently on leave) at Portland State University. Her current research focuses on conceptual abstraction, analogy-making, and visual recognition in artificial intelligence systems. Prof. Mitchell is the author or editor of six books and numerous scholarly papers in the fields of artificial intelligence, cognitive science, and complex systems. Her book Complexity: A Guided Tour (Oxford University Press) won the 2010 Phi Beta Kappa Science Book Award and was named by Amazon.com as one of the ten best science books of 2009. Her latest book is Artificial Intelligence: A Guide for Thinking Humans. Prof. Mitchell originated the Santa Fe Institute’s Complexity Explorer platform, which offers online courses and other educational resources related to the field of complex systems. Her online course “Introduction to Complexity” has been taken by over 25,000 students, and is one of Course Central’s “top fifty online courses of all time”. Prof. Mitchell received a Ph.D. in Computer Science from the University of Michigan working with Prof. Douglas Hofstater.

Dr. Danielle Belgrave is a machine learning researcher in the Healthcare Intelligence group at Microsoft Research, in Cambridge (UK) where she works on Project Talia. Her research focuses on integrating medical domain knowledge, probabilistic graphical modeling, and causal modeling frameworks to help develop personalized treatment and intervention strategies for mental health. Mental health presents one of the most challenging and under-investigated domains of machine learning research, and in Project Talia, she and her team explores how a human-centric approach to machine learning can meaningfully assist in the detection, diagnosis, monitoring, and treatment of mental health problems. Dr. Belgrave obtained a BSc in Mathematics and Statistics from London School of Economics, an MSc in Statistics from University College London and a PhD in the area of machine learning in health applications from the University of Manchester. Prior to joining Microsoft, she was a tenured Research Fellow at Imperial College London.

Marinka Zitnik is an Assistant Professor at Harvard University with appointments in the Department of Biomedical Informatics, Blavatnik Institute, Broad Institute of MIT and Harvard, and Harvard Data Science Initiative. Dr. Zitnik is a computer scientist studying applied machine learning, focusing on challenges brought forward by data in science, medicine, and health. Dr. Zitnik’s research vision is that in the future artificial intelligence will be routinely used to give clinicians diagnostic recommendations; give scientists testable hypotheses they can confirm experimentally and offer them insights into safe and precise treatments; and give patients guidance on self-care, e.g., how to lead a healthy lifestyle and recognize the disease early. To realize this vision, her lab at Harvard develops methods for learning over complex data and translates machine learning research into innovative applications. Before joining Harvard, Dr. Zitnik was a postdoctoral fellow in Computer Science at Stanford University and was involved in projects at Chan Zuckerberg Biohub. Dr. Zitnik has recently been named a Rising Star in EECS by MIT and also a Next Generation in Biomedicine by the Broad Institute, being the only young scientist who received such recognition in both EECS and Biomedicine.

Dr. Una-May O’Reilly is leader of the AnyScale Learning For All (ALFA) group at CSAIL. ALFA focuses on scalable machine learning, evolutionary algorithms, and frameworks for large scale knowledge mining, prediction and analytics. The group has projects in cybersecurity, healthcare, and online education. Dr. O’Reilly was awarded the EvoStar Award for Outstanding Contribution of Evolutionary Computation in Europe in April, 2013. She is also a Fellow of the International Society of Genetic and Evolutionary Computation, now ACM SIGEVO, which she co-founded in 2004 and she now serves on its Executive Board. In 2013 she inaugurated the Women in Evolutionary Computation group at GECCO, largest international Evolutionary Computation Conference, and served as chair in 2005. She has served on the GECCO business committee, co-led the 2006 and 2009 Genetic Programming: Theory to Practice Workshops and co-chaired EuroGP, the largest conference devoted to Genetic Programming. Dr. O’Reilly serves as the area editor for Data Analytics and Knowledge Discovery for Genetic Programming and Evolvable Machines (Kluwer), and ACM Transactions on Evolutionary Learning and Optimization, as editor for Evolutionary Computation (MIT Press), and as action editor for the Journal of Machine Learning Research. She also has a patent for an original genetic algorithm technique applicable to internet-based name suggestions. Dr. O’Reilly holds a B.Sc. from the University of Calgary, a M.C.S. and Ph.D. (1995) from Carleton University, Ottawa, Canada, and joined the Artificial Intelligence Laboratory, MIT as a Postdoctoral Associate in 1996.

Dr. Jessica Hamrick is a Senior Research Scientist at DeepMind, where she studies how to build machines that can flexibly build and deploy models of the world. Her work combines insights from cognitive science with structured relational architectures, model-based deep reinforcement learning, and planning. She has led workshops at major machine learning conferences like ICML, ICLR, and NeurIPS, as well as a tutorial on model-based RL at ICML 2020. In addition to her work at the intersection of AI and cognitive science, Dr. Hamrick has contributed to various open-source scientific computing projects including Jupyter and psiTurk. Dr. Hamrick completed her PhD in Psychology at UC Berkeley in Tom Griffiths’ Computational Cognitive Science Lab. Before that, she researched intuitive physics in Josh Tenenbaum’s Computational Cognitive Science Group at MIT.

Professor Leslie Pack Kaelbling is Professor of Computer Science and Engineering at MIT, and currently teaches MIT’s popular Introduction to Machine Learning (6.036) course. She has previously held positions at Brown University, the Artificial Intelligence Center of SRI International, and at Teleos Research. Prof. Kaelbling has done substantial research on designing situated agents, mobile robotics, reinforcement learning, and decision-theoretic planning. In 2000, she founded the Journal of Machine Learning Research, a high-quality journal that is both freely available electronically as well as published in archival form; she currently serves as editor-in-chief. She is an NSF Presidential Faculty Fellow, a former member of the AAAI Executive Council, the 1997 recipient of the IJCAI Computers and Thought Award, a trustee of IJCAII and a fellow of the AAAI. She received an A. B. in Philosophy in 1983 and a Ph. D. in Computer Science in 1990, both from Stanford University.

Chelsea Finn is an Assistant Professor in Computer Science and Electrical Engineering at Stanford University. Finn’s research interests lie in the capability of robots and other agents to develop broadly intelligent behavior through learning and interaction. To this end, her work has included deep learning algorithms for concurrently learning visual perception and control in robotic manipulation skills, inverse reinforcement methods for scalable acquisition of nonlinear reward functions, and meta-learning algorithms that can enable fast, few-shot adaptation in both visual perception and deep reinforcement learning. Finn received her Bachelor’s degree in Electrical Engineering and Computer Science at MIT and her PhD in Computer Science at UC Berkeley. Her research has been recognized through the ACM doctoral dissertation award, the Microsoft Research Faculty Fellowship, the C.V. Ramamoorthy Distinguished Research Award, and the MIT Technology Review 35 under 35 Award, and her work has been covered by various media outlets, including the New York Times, Wired, and Bloomberg. Throughout her career, she has sought to increase the representation of underrepresented minorities within CS and AI by developing an AI outreach camp at Berkeley for underprivileged high school students, a mentoring program for underrepresented undergraduates across four universities, and leading efforts within the WiML and Berkeley WiCSE communities of women researchers.

Angjoo Kanazawa is an Assistant Professor in the Department of Electrical Engineering and Computer Sciences at the University of California, Berkeley. She is also a Research Scientist at Google Research. Her research lies at the intersection of computer vision, computer graphics, and machine learning. The goal of her lab is to build a system that can capture, perceive, and understand the underlying dynamic 3D world behind everyday photographs and videos, including deformable objects such as humans and animals. Previously, Prof. Kanazawa was a BAIR postdoc at UC Berkeley advised by Jitendra Malik, Alexei A. Efros and Trevor Darrell. She completed her PhD in Computer Science at the University of Maryland, College Park advised by David Jacobs. During her PhD, she had the pleasure to visit the Max Planck Institute in Tübingen, Germany under the guidance of Michael Black. Prior to that, Prof. Kanazawa completed her BA in Mathematics and Computer Science at NYU. She has been named a Rising Star in EECS and is a recipient of Anita Borg Memorial Scholarship. Her work on learning 3D deformation of animals from 2D images won the best paper award at Eurographics 2016.

A collection of our favorite resources.

Meet our leadership and other amazing members! 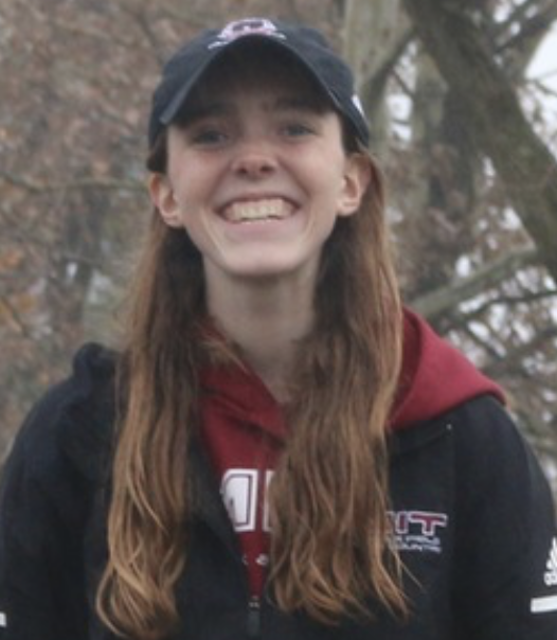 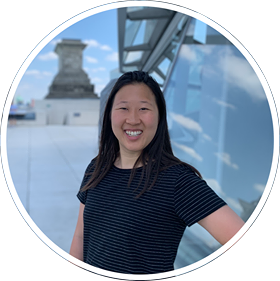 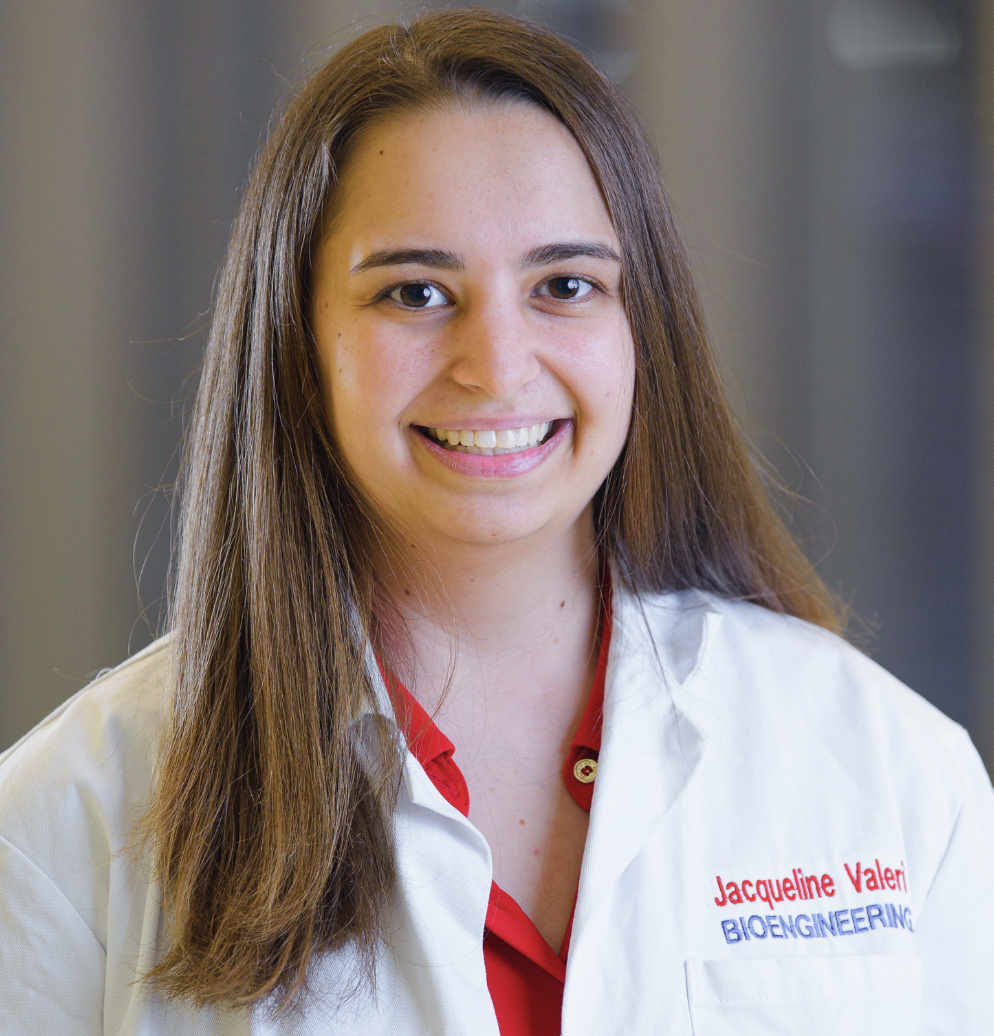 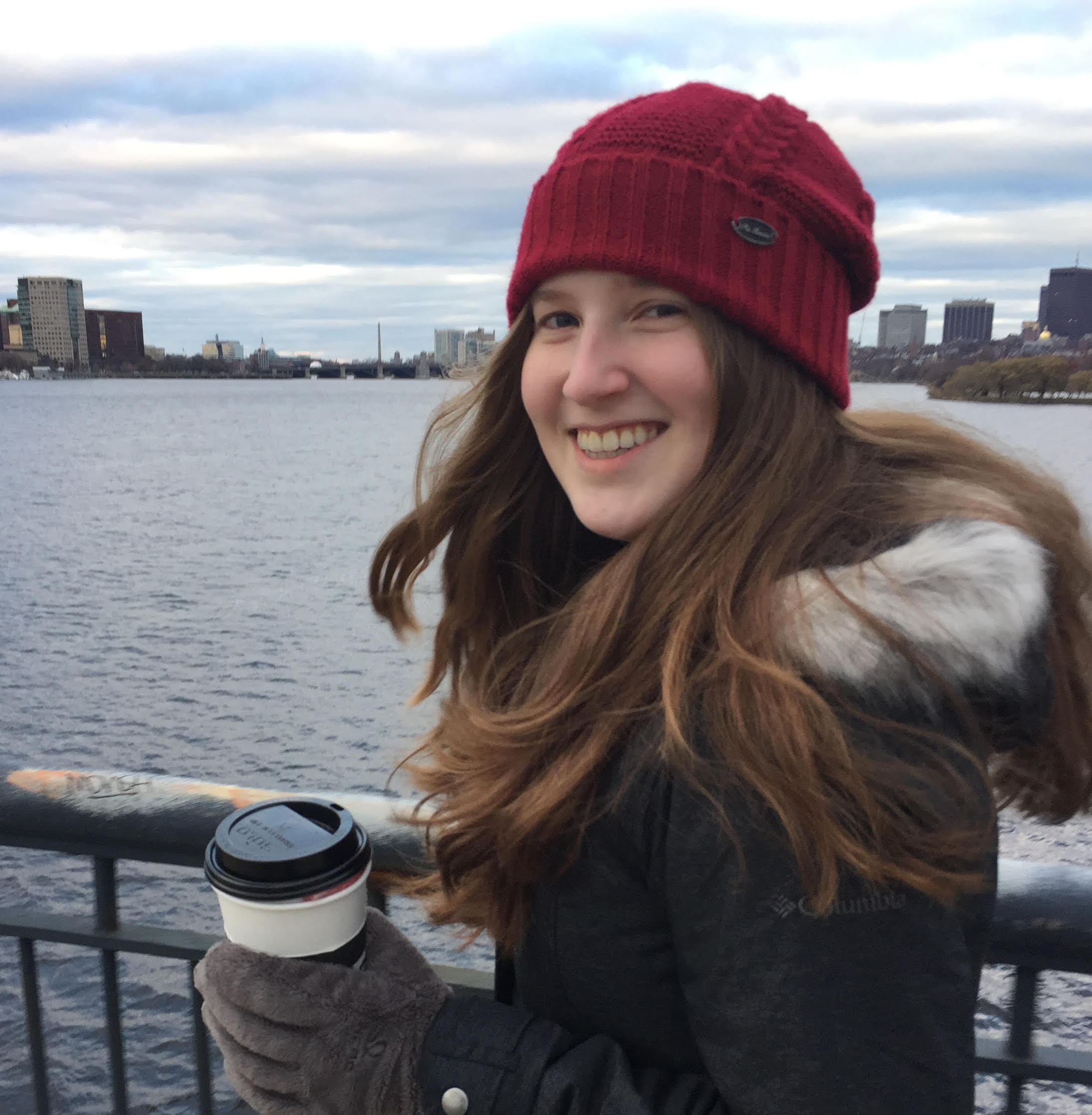 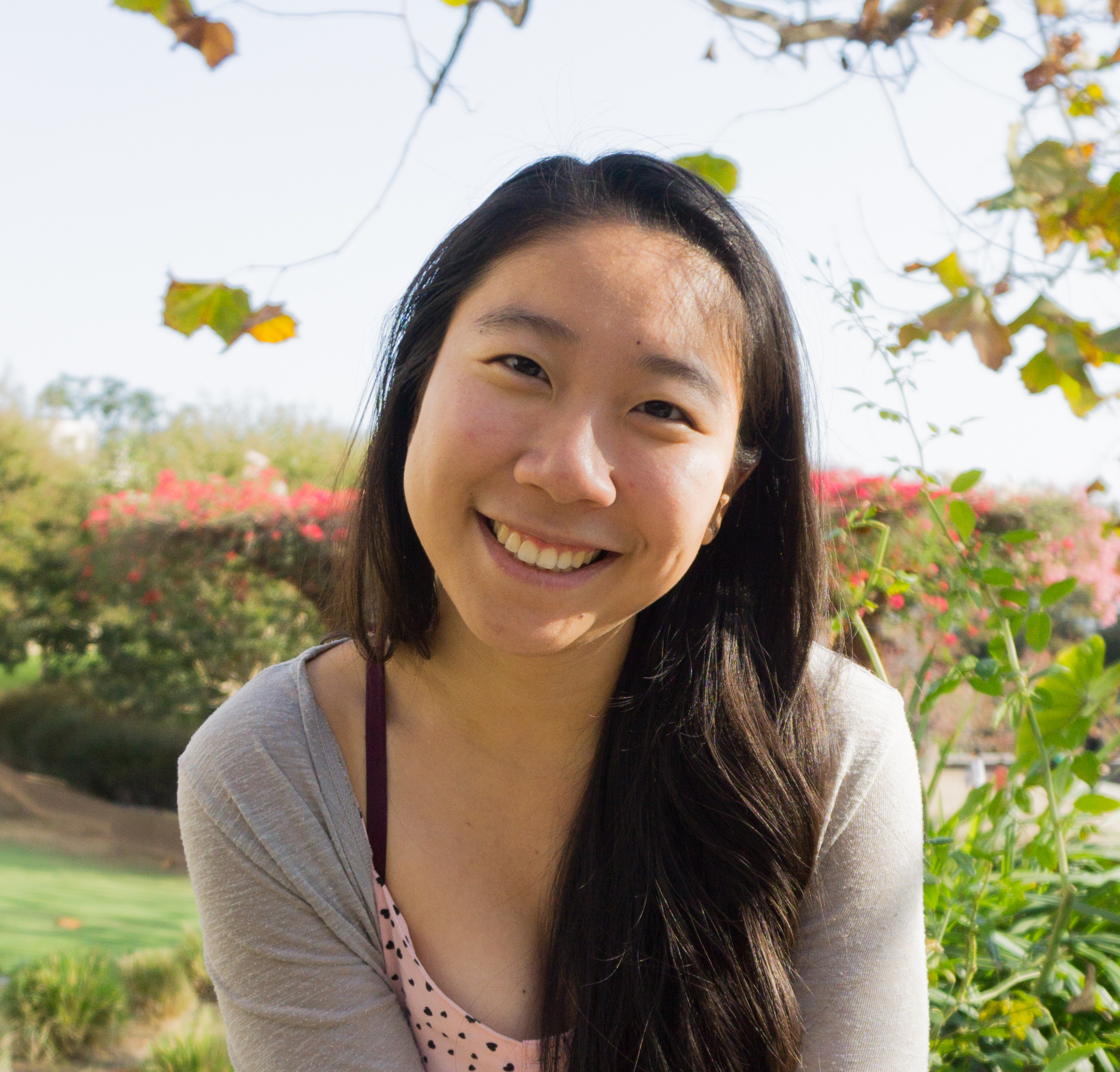 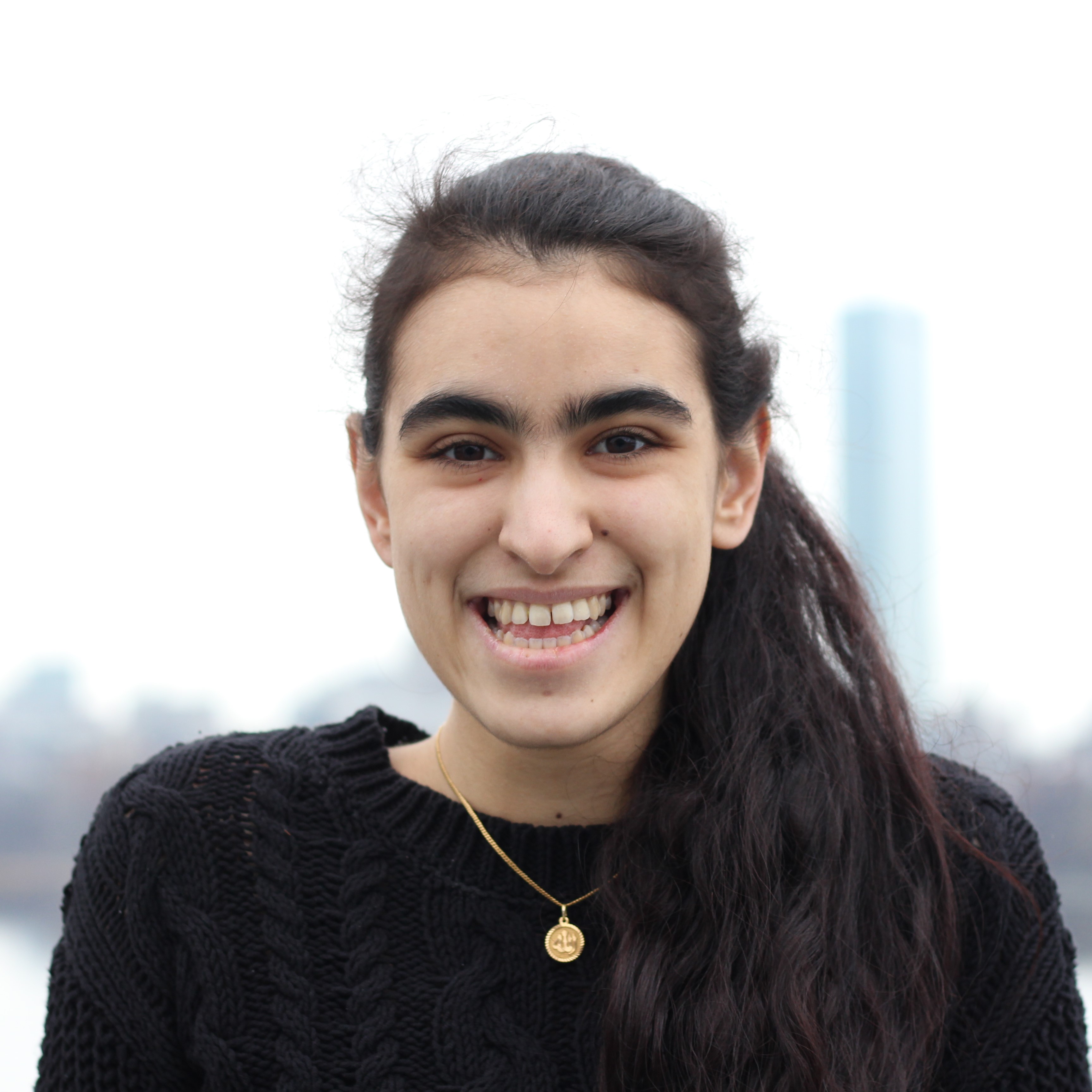 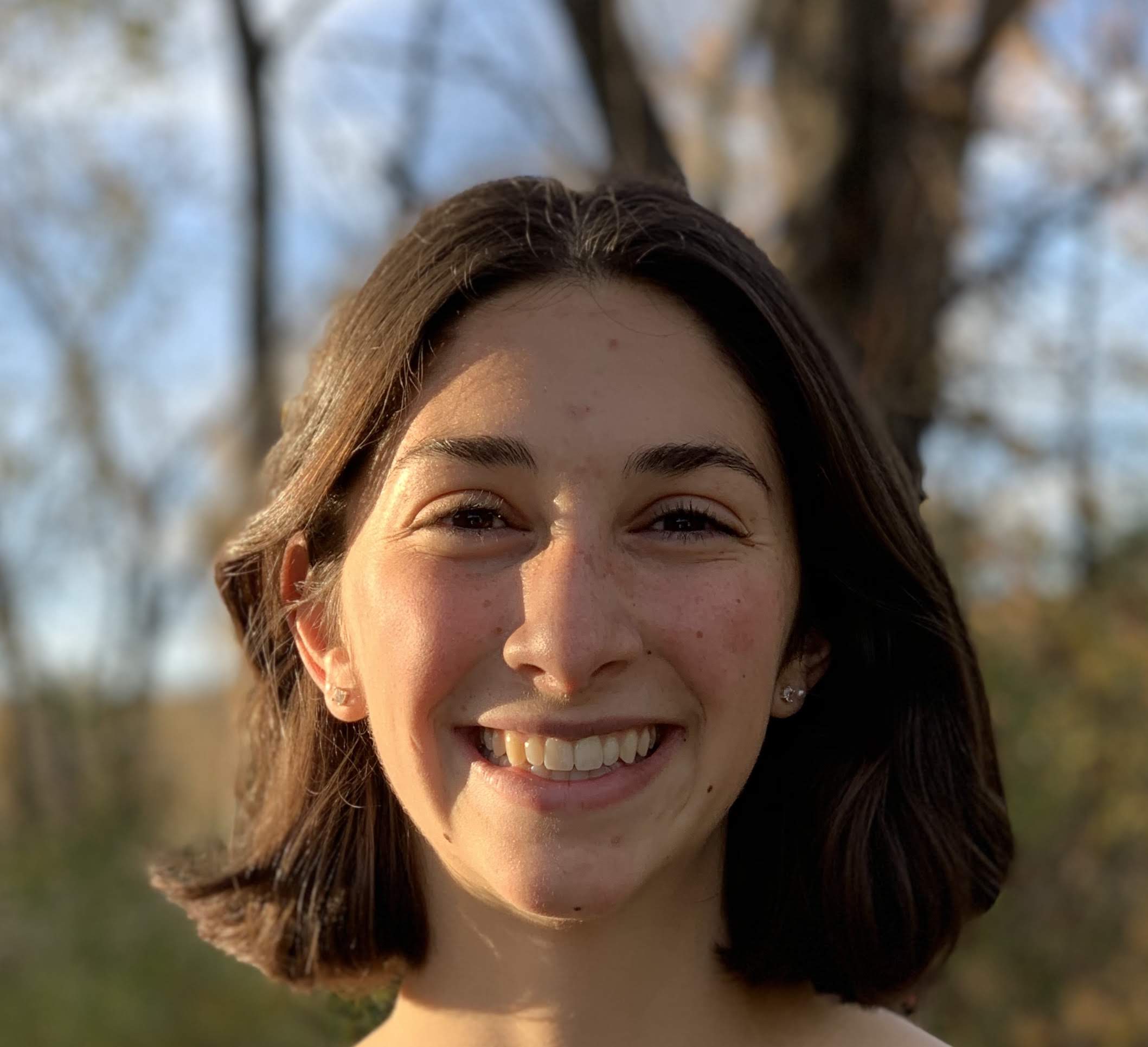